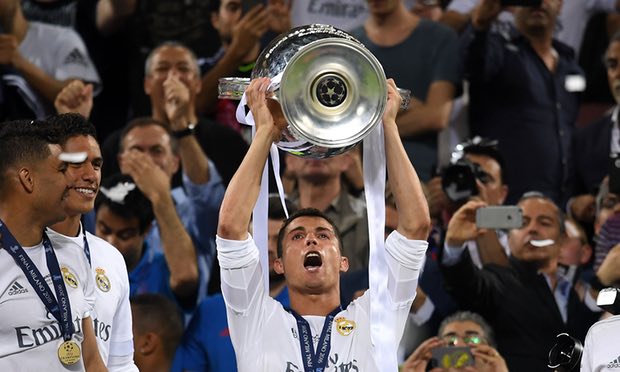 BT has denied customers are being forced to foot the bill for a new £1.2bn Champions League football rights deal after securing the contract in the wake of inflation-busting price rises for its broadband and phone services.

The group has paid £1.18bn to fend off Sky and renew exclusive broadcast rights for Champions League and Europa League football. The deal which runs from 2018 to 2021, represents a 32% increase on the cost of its current three-year contract.

The rights win comes after the telecoms group prompted outrage among customers and consumer groups for introducing its third price hike in 18 months at the start of the year. In January, BT said it was to raise the cost of broadband and calls. It also announced that BT Sport will no longer be given away free to its BT TV customers and that it would begin charging them £3.50 a month for the service from August. The broadband and phone call price rises will affect about 10 million customers from 2 April, equating to increases of about 5% to 6%.

BT denied customers were being squeezed to fund its battle with Sky for premium sports rights.

“I don’t think that is true,” said John Petter, the chief executive of BT’s consumer division. “The broadband market is very competitive. Our share of the broadband market has been growing and customers vote with their feet [if they are unhappy]. The fact that the market is competitive means our offering has to represent good value for money. Line rental has not increased, for example. I don’t think people should read that this [deal] translates to price increases.”

The new deal means BT’s costs for Champions League and Europa League per season will rise from £299m to £394m, as rampant inflation in premium sports rights shows no signs of abating.

Before BT Sport entered the market two years ago, Sky and ITV had shared Champions League rights in a deal worth £400m over three years.

Before bids being lodged, sources had indicated that Sky was not prepared to make a knockout bid to snatch back the rights from BT, which has justified the expense to customers and shareholders as “financially disciplined”.

Petter said it was a deal the company was keen to do, but “not at any price”.

“We were keen to keep a balance and be financially disciplined,” he said. “We have to give customers value for money, as well as shareholders, and we have to keep in balance. This deal creates a lot of extra value for customers.”

Viewing figures for Champions League football have dropped in recent years, a fact highlighted by Sky when it lost the rights to BT at the 2013 auction.

BT has promised wider viewing access to the Champions League, with clips and highlights to be made available free on social media, as well as making screenings of both finals free-to-view. Last season, BT streamed both finals on YouTube.

The deal means ITV will no longer be able to broadcast Champions League highlights after matches have finished on BT.

“We are truly exclusive now,” said Petter. “Viewing on social media has seen the biggest growth in audiences, especially since we gave access to BT Sport to EE customers.”

BT is due to explore sub-licensing deals with free-to-air partners, such as Channel 4 and ITV, after competition sponsors expressed concerns to Uefa – the body that oversees the Champions League – about the lack of exposure under the existing deal.

Petter said that Uefa was not pressuring BT to secure a free-to-air TV deal.

“There is no requirement for us to do that at all,” he said. “They have been happy to see the sorts of audiences BT Sport has been getting. On the other hand, if there is a great deal to be done we will look at it. [But] there is no pressure at all.”

Petter also said that the deal provided new commercial opportunities such as upcoming “double-header” nights – when a change in kick-off times means there will be live matches starting at 6pm and 8pm during the group stages – a move expected to prove popular with the 30,000-plus pubs and bars licensed to air BT sport matches.

After submitting its bid last week, Gavin Patterson, the BT chief executive, complained about the inflation of sports rights in the UK market.

Guy-Laurent Epstein, the marketing director at Uefa, said: “BT have delivered strong audiences in the UK and we are excited about their future plans for the use of social media which will engage a growing fan base that consumes sport in different ways.”